CyberEagles will be having their first meeting on January 24th at 11:00am in Bruner 207. There will be pizza and a guest speaker you don’t want to miss! For more information, see the flyer below. 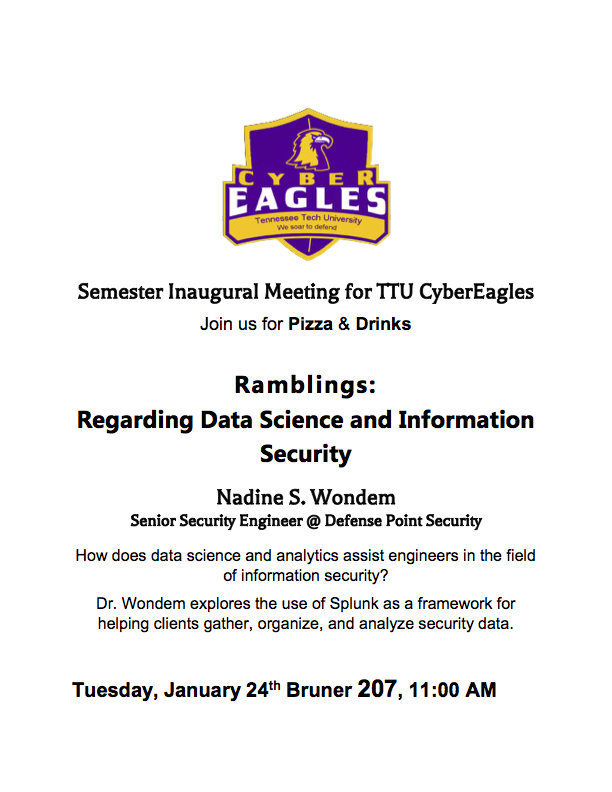 Join us for Pizza & Drinks

Using Offense for a Better Defense

Learn about offensive security and it’s usage in the real world to defend networks and systems. Alex has a diverse background in security from operations to software development

Please join us for our last meeting this semester to see some interesting project presentations by CSC 4575 students.

SECCDC is about applying cybersecurity skills in real IT business environment. The main goal of this competition is to configure and sustain IT services while preventing and mitigating real cyber attacks from cybersecurity professionals. Our team had to compete with 26 other teams from the South-East region and be one of the top 8 teams to advance to the regional championship that will be held at Kennesaw State University on April 6-7, 2016.

This has been possible due to the Middle Tennessee ISSA Chapter’s generous support.

Members of the team: